Is Prog still a dirty word??? It's Big! It's Impressive! It's Dangerous! It's Coming Back!!! 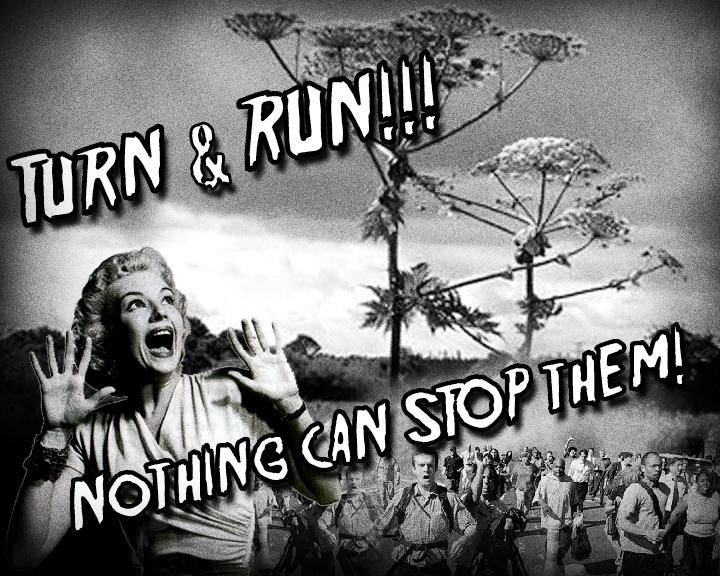 Now here's the thing... you may have heard me talking about anoraks in the past. I have a few, some of a very high quality - some less so. I have a DIY anorak, a car restoration anorak (Dolomite Sprint at the moment!), a HUGE Guitar anorak that I just can't get off anymore... a very dysfunctional and not even a bit waterproof (should be thrown away really) golf anorak, a hifi anorak that is not so thick that I can't use it every day and probably some others too..  I've thrown a few away but many stay with me as I move through life. This is not an anorak review but as you can see they are all very different - so today we will talk about a really serious, thick, bulletproof and very unfashionable anorak.. The Prog Anorak!!

The prog anorak is similar in design to the train-spotting anorak. It is hardy, very detailed, very exacting, very indulgent, very complex when you get familiar with it and not to be taken lightly. It is not particularly fashionable but has been a bit in and out in it's day. You need to deserve to wear it - you can't just go out and get one and knock about in it - you have to earn it, put in the hours, prove you have got what it takes!

Well.. remember a few years ago when Parka's came back in fashion? Fishtail coats? Or bootcut slightly flared jeans? Christmas pullovers (yes.. really!!!) and it seems certain boots are also taking off again!!! (F^@& M£!!!). Vinyl records! (Ha Ha) - Well, it just goes to show that anything - no matter how much we cheered when it went, can come back.

And therein lies the matter at hand.. when prog rock went it really did go with a cheer.. Punk battered it senseless, then the remains were swept up by the New Romantics, the four note odyssey of 'Don't You Want Me Baby' tortured the recently captured Rick Wakeman and the rest were swept up by Gary Numan and his foot soldiers - who, in a two pronged attack started with a punk assault and switched to a simplistic 'Are Friends Electric' synth line that put an end to neo-classical rock for ages! Prog was reduced to a derisory category of rock that most people didn't speak of.. those who understood it and still believed in it quietly kept out of the limelight and grew their hair neither long nor short and kept the dream alive.. the huge plastic dragons were slain but the resistance sat tight and waited for their moment.

Prog drifted further into history. There were a few interesting references to it's existence, such a Steve 'Interesting' Davies mentioning that he is a fan of Magma but by and large it was either forgotten or lampooned by the likes of 'Bad News' or 'Spinal Tap'. Generalisations started to creep in. It was not technically impressive - it was self indulgent. It was not creative - it was farcical. It was not genius - it was mad!

So - over a period of thirty or so years 'Prog' became a dirty word. Most popular music continued the movement to keep it down, one period in history after another. After punk, Oasis were particularly instrumental - they showed that you didn't need to fear the guitar, you could still pick one up and be cool without becoming a poodle - and you could be good at something (that Noel is a tidy player!) without disappearing with your head up your own @r$e. All this and more contributed to prog being relegated to an embarrassing time in ancient history.

But this is something more than the demise of a fashion trend that could easily drift back in - such as cropped tops, stonewash jeans (didn't like 'em the first time round!) or afros.. It actually became bad to be good at something. For the first time in history * the more technically proficient you were at something the more derided you were! So why did that happen and why did it only seem to apply to prog? Heavy Metal - which could be very complicated - seemed to do fine! Death Metal spawned the kings of all drummers! Thrash and speed metal the kings of all guitarists! And then there was 'Injury J Malformed' (was that his name??). A prodigiously talented and eminently hate-able genius who despite being COMPLETELY indulgent, VERY skilled and UTTERLY ridiculous (he found the plastic dragons that had been driven out in the 'Prog Wars'...) was still not considered prog.. Even he with his army of bedroom fantasists could not enter the well guarded gates of Prog. No one could pass - either one way or the other. Prog was sealed in forever.

There has been a stirring in the land of popular culture. Dance music has got complacent and seems comfortable stepping away from the front line to back up Jess Glynne and play on adverts for dating websites - there is a burgeoning underground scene but unlike in the early nineties guitars do actually sell in shops! The guitar wielding Brit Pop army have dissipated - spending the spoils of war on different things. Sports cars, new projects, TV and radio presenting, occasional nostalgic get-togethers and occasional releases that demonstrate their new found technical proficiency as they have stuck to their guitars that are not brit-pop any more - nor metal - not prog - nor punk. They just sort of exist.

All this has left space for a minor - but definite - resurgence or Prog. I have seen them running about the place. Radcliffe and Maconie have said the words 'Prog' a few times lately on Radio 6 Music and not been sacked. I read a review of 'White Denim' that had the word 'prog' in it.. and yet they still grow in popularity. Muse have been able to regurgitate Rachmaninov in relative career safety - with boiler suits on! AND Steve 'Interesting' Davis is becoming a DJ of note and an occasional radio celebrity who does openly talk about his prog leanings.

It's does seem that prog never actually completely disappeared. It has always been there - shuffling on - but it is a bit of an oil tanker. It can't just change with the times. It can change, Muse don't have the plastic dragons and nobody has been so self-absorbed that they have been accused of being a 'waste of electricity' for ages.. but it changes slowly. It changes so slowly that the ever-changing fickleness of the world it orbits gets to change a few times while prog tries clumsily to adapt, so every now and then, like the planets, they align. If I look up now I can see prog - lining up with new music. I can see it lining up with guitarists and keyboard players who are not afraid to learn an arpeggio or something in case their mates see them at it! I can see it adding variation to songs - and solos!! Watch 'White Denim' in their live BBC 6 session. Listen to Mastadon! Think about what Muse are actually doing! I think we have got a lot to thank Muse and Radiohead for. They were indie (don't start emailing me arguing about it Thom!) but found a way to go further and further into what they did and still not lose sight of what was cool. They became better at their instruments and were called 'really good' not 'really pretentious'.. they achieved what prog couldn't. Prog got so absorbed with driving it couldn't see the view any more.

Many of us have a creative, talented side. We are sick of simplistic crap, sick of hiding in the shadows because we can knock out a guitar solo! Sick of knowing that 'Roundabout' is a song - not just a round thing.

So - Prog it seems is back!! So let's welcome it!! Don't let it run around untamed.. Remember the lessons of the past and keep prog close to you so you can control it's power. Left to run amok it can cause chaos.. Harness it's power and use it wisely. Learn from the mistakes of yesterday.

On a sort of related note... I remember when I was younger seeing Giant Hogweed out in the countryside. There wasn't much of it and what I saw was either very small or had been hacked down and was lying there like a felled giant - still dangerous! I was warned to keep away - never to touch it. It was commonplace it seems for councils, landowners, estate managers etc. or just concerned parents to fell it if they came across it. Preferably before it seeded. But of late I have seen giant hogweed just stood there with massive flowers like umbrellas. 10 feet tall!! Sons of farmers have forgotten, councils don't care, the public don't go out much any more! Then - as I predicted (I distinctly recall saying 'I told you so' to my long suffering fiancee) the papers - and Yahoo - started to fill with terrible warning about the 'killer weed' that is invading the country and burning our children's arms and legs...

The point I am making (you've probably got it by now) is that as time passes it is easy to forget the dangers of something that appears to be quite harmless, or even impressive. Treat it with respect and control it and use it responsibly and it can be beneficial and beautiful and liberating. You can talk about classical influences... you can have a stage show... you can have changes (even a key change! No.. hang on a minute.. not that!), you can become technically proficient at playing your instrument. All this and more without getting burned.

So go for it! Let's get the music back into music! Get rid of the old, heavy-duty, unwieldy anorak that you have had for years and trade it in for one of those science-fabric lightweight fashionable things and wear it proudly!

Want to try some prog? Listen to Magma 'Köhntarkösz' and listen to the drumming - don't listen to the rest for now.. this is inaccessible music. Drumming first... I'm giving you the key.