Why I Waited Twenty Five Years for Billie Eilish! 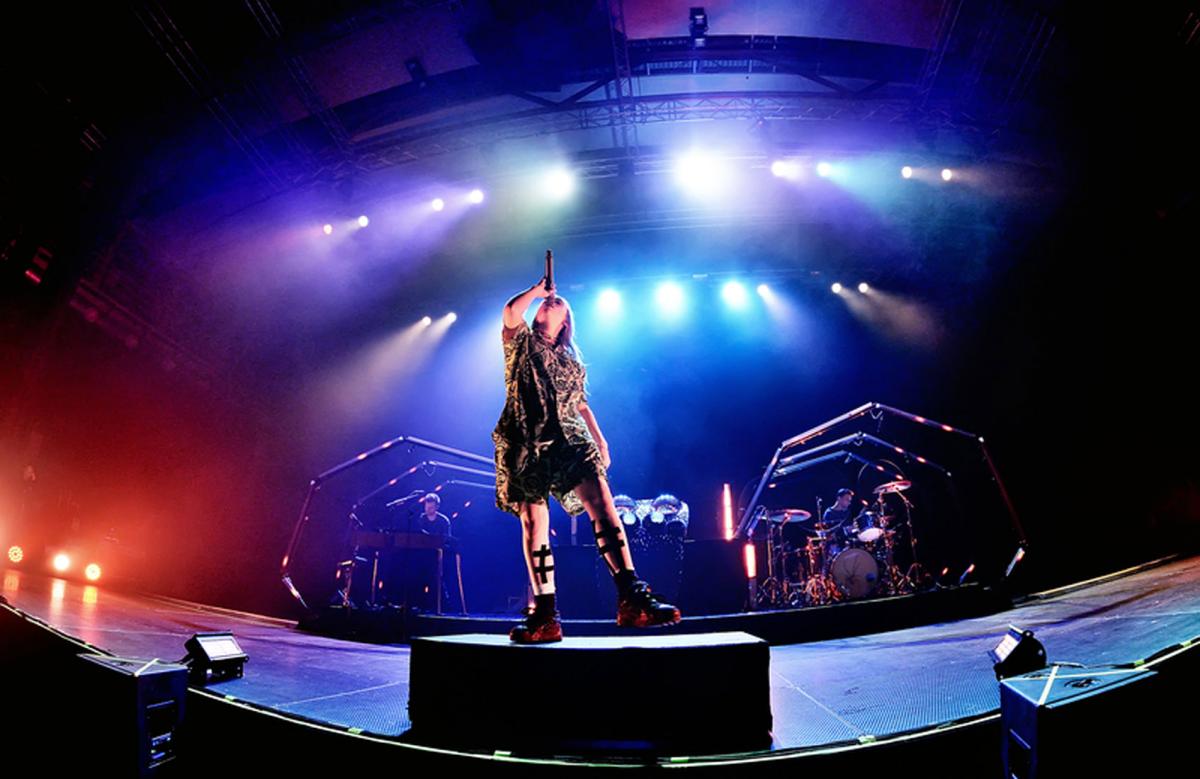 Billie Eilish Pirate Baird O’Connell was born in l. a. , CA, December 18, 2001. She was raised within the Highland Park neighborhood of l. a. by actor parents, Maggie Baird and Patrick O’Connell, who were both deeply into music. Billie Eilish explains a lot about her own concerns in a special Rolling Stone interview. OK don’t panic!! This isn’t about obsession. It’s about inspiration.

Billie Eilish is more than just a young artist. She is a superstar. How does a seventeen-year old become one of the hottest names in music? Hopefully, this post will provide some kind of roadmap. Perhaps! Let’s start at the beginning.

HOW BILLIE EILISH BECAME A STAR

Billie Eilish was homeschooled and joined the l. a. Children’s Chorus at age eight. She began writing songs at age 11, taking after her elder brother Finneas O’Connell, who was already writing, performing, and producing his own songs together with his band. This is about something that we all identify with and I feel like I just have to write about it. That is a day of regret.

Now of course this is a blog on a music-related website, so there has to be a link here… even a tenuous one (for which I am famed). This is about musical inspiration, about keeping an open mind and an open ear and recognising when something great comes along. It is also about recognising when your inspiration comes along, as it might not be instantly recognisable. Inspiration has many faces and is a master of disguise.

I am a musician. I think of myself first and foremost as a guitarist. However I could also say I am a songwriter, or a singer or whatever - and is there an official name is for someone who creates music on a computer? Even though that may be just a good old multi-tracking process with recorded ‘real’ instruments. Maybe a creator? Probably a producer (though that smacks of me being a fake pro).

It can completely change how we live our lives - for the rest of our lives. It could be a horse rider, an aid worker, a musician, an engineer, a golfer. Any one of those people will have seen something, or somebody who inspired them - and then the map of their life started to unfold.

I can remember what inspired me to play the guitar, it was a couple of things really. He was sat on a little amp near the door and the teacher asked him to play something. I think he was permitted to play maybe one or two chords so he made it count! OMG I couldn’t believe it, that was it for me! It was so loud (it probably wasn’t that loud), and so bloody brilliant! One power chord turned me around. I gave up cello right then and there much to my mum’s disgust.

Then when I was about sixteen years old, I got my first real job a job as a kitchen porter (many great people have started out as kitchen porters!) and our head chef was Trevor. One day I went to Trevor’s house on my new moped and he played some AC/DC on his Ibanez electric guitar.

I can probably count on one hand the real inspirational moments in my music career. Fortunately I met mine on both of these special occasions. It wasn’t too hard, we were captives together, in that classroom and also in that kitchen, so my inspiration didn’t get the chance to walk on by un-noticed.

With regard to actually making my own music and writing my own songs and being a music ‘creator’, I started that back in the 90’s. It was new and exciting technology that did it, that allowed people to be able to record at home in a much better way than ever before (better being objective of course).

Prior to that there was just the noisy and fiddly Tascam 4 track that couldn’t really turn out an album, but now bands and artists were getting big albums out, surrounded by urban myths (this was all done in a bedroom on a computer in his mum’s house and all that sort of thing - like White Town ‘Your Woman’).

I was further spurred on by some groundbreaking sampler/computer albums that came out around the mid to late 90’s. Releases such as Fat Boy Slim ‘We’ve Come a Long Way Baby’, Bjork ‘Post’, Moby ‘Play’ and a few others completely changed pop. They heralded in serious recordings that theoretically anyone could do. I think at that time, me and a generation of other people first had samplers.

The drive, the motivation and the peers were all there. My guitar had a place, as did my not-so-hot bass playing. Guest vocalists were drafted into the ‘booth’ and so this went on for a few years, inspired, fun music creation. And then nothing… It sort of fizzled out towards the mid noughties.

Billie Eilish Admits She Is 'Not Happy' with Her Body

But I really felt like the game-changing albums were thinning out. Britpop was swaggering in which didn’t help, because that needed good old-fashioned recording studios and big budgets. Computer based music was getting increasingly R&B and HipHop which wasn’t my cup of tea, and I was running out of inspiration in the home-recording front. Then technology continued to leap forward and so I gradually got left behind. I then spent the next seventeen or eighteen years in and out of bands, having fun, drinking beer and occasionally saying ‘I’ve got these songs, I’m gonna record them one day’.

I still kept writing things down in my ‘notes’ app and recording little melodies into my phone and logging ideas like ‘Mellotron here with a sweeping synth like suchabody’ Then after some years I realised that I had gradually got together enough songs to fill a good old vinyl record. But I had no musicians, no budget and no hope of ever financing an album. Plus I had also been listening to a lot of Grandaddy and Flaming Lips and so I wanted synths and samples and such like and there was a place in my ideas for technology once more which I did't really have. I drifted on thinking occasionally ‘I’ll do something with those songs one day soon’.

I bought a mic one year, a book about Logic X another year and so on. Then before I knew it nearly twenty years had passed and I had still done nothing. Phased by new technology and not sure where to start and lacking that all important element.

Then one evening it happened. Out of the blue and from an angle I wasn’t expecting. There were a few of us driving back one night from a pub in the middle of nowhere and my mate Ben was in the car. He then proceeded to tell us about Billie Eilish and this new album. I had seen some Billie Eilish hype on the internet. Teenage music it seemed and not relevant in any way to me.

Ben however persisted in telling me ‘no - this is actually really good’ and me being a nice guy I wasn’t immediately dismissive. He had seen some sort of interview with Finneas about how he got some of the sounds on the album, a match striking, a train going by and that sort of thing… but then he said the all important words. ‘He and his sister did the whole Grammy Award winning album in his bedroom at his mums house’…

Now I don’t follow popular music too much, but I did know this was a big record, and a big sounding record. Ben had a track on loud in the car and my first impressions were ‘amazing production’. I had to know more. First I got the album and listened to it.

It was unbelievable. Then a bit more googling and it was all done on Logic X, on a Mac, in a bedroom, with a microphone, a bass, a guitar and a piano and I had all those things!! I even had the ‘How To’ book for Logic X, unread and now two versions old. It was a genius record and suddenly I had my inspiration back. I picked up all tools, started on the Logic lessons, set about converting a spare room into a sound booth and all that stuff. Finneas in the meantime was everywhere.

He was on TV, Apple TV, Youtube, Glastonbury, award ceremonies, talk shows, countless YouTube tutorials and ‘How To’s’. It is fair to say that he and Billie Eilish managed to come up with a ground-breaking album and it was the one I had been waiting for.

If you have never heard, or properly listened to any of that album then I suggest you do. Keep your ears and mind open - remember it doesn’t have to be your bag for you to appreciate how something is done. Have a look on Youtube.. just type in ‘Finneas’ and he is all over the place. Watching some of the ‘how Finneas did this…’ and ‘how Finneas did the other…’ videos is something of a revelation. He has already won 8 Grammy Awards and is definitely genius at work, and he did it with (relatively) modest tools and that is the sort of thing that gets everybody thinking ‘What if I had those things…’

When We All Fall Asleep, Where Do We Go? was also a widespread critical success and one of the year's most acclaimed records, with many reviewers praising its subject matter, songwriting, cohesiveness, and Billie Eilish's vocal styling. At the 2020 Grammy Awards, it won Album of the Year, Best Pop Vocal Album, and Best Engineered Album, Non-Classical, while "Bad Guy" won Record of the Year and Song of the Year; Finneas also won the award for Producer of the Year, Non-Classical. In 2020, the album was ranked at 397 on Rolling Stone's 500 Greatest Albums of All Time list

I would not have entertained Billie Eilish had it not been for that conversation with my mate Ben, and my Logic X book would now be three versions old. I could easily have dismissed it as ‘not my cup of tea’ and missed the chance to finally get on with doing what I love doing.

The moral of the story is to be open minded, open to ideas and sounds. Don’t just poo-poo things that ‘other people’ like or do, because you just don’t know if your inspiration is walking with those people and that you may never get to meet it.

And give Billie Eilish a go.. even you steadfast rockers, it might just work on you too!