Available for dispatch
A note about availability and shipping
£670.00
Be the first to review this product

"It might look fairly simple, but this Diamond Edition headphone amplifier sounds like a real gem" HiFi Choice Nov 6th 2016

The Solo Ultra-Linear lifts the performance of any good music source and quality dynamic headphones.

Chosen by Grado for public audition, the Solo Ultra-Linear DE has demonstrated its commanding control over many of the world's best dynamic headphones, bringing them to a performance few other headphone amplifiers are capable of at any price. 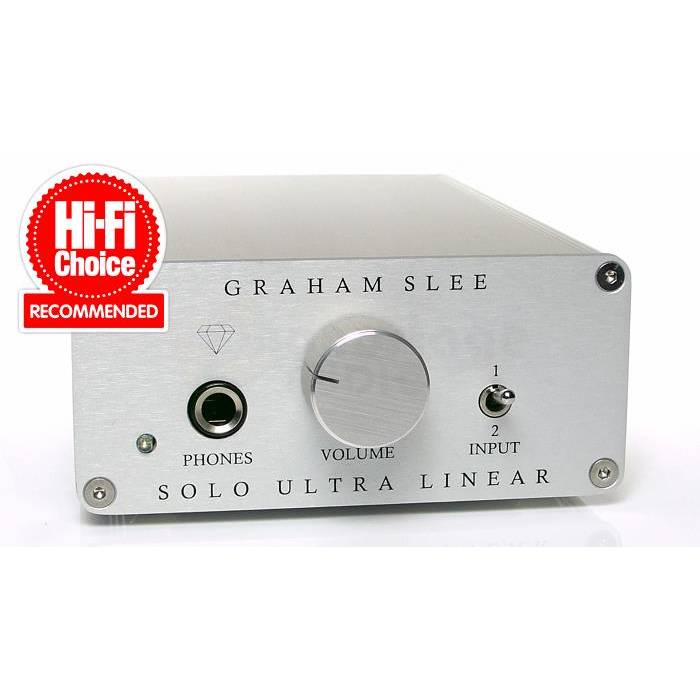 "It might look fairly simple, but this Diamond Edition headphone amplifier sounds like a real gem" HiFi Choice Nov 6th 2016

The Solo Ultra-Linear lifts the performance of any good music source and quality dynamic headphones.

Graham Slee Solo headphone amplifiers are well-known for their great stereo imaging and musicality, and the Ultra-Linear Diamond Edition (DE) will give you effortless dynamics, a powerful but not boomy sound, and a valvey (tubey) smoothness with detailed clarity.

And It's A Solid-State Headphone Amplifier!

The Solo Ultra-Linear Diamond Edition (ULDE) headphone amplifier replicates tube amplification, but is solid-state to keep it's performance for all its long life.

So what about tubes does it replicate? It replicates the most important difference between tubes and solid-state, that tubes give a flatter open-loop frequency response which extends into the mid frequencies, before negative feedback is applied. It means that when it's applied to keep distortion low, it is true 180° negative feedback, and it gives a wholesome sound which otherwise is sadly lacking in solid-state.

We use our proprietary and well-guarded bandwidth extension technique we call Ultra-Linear which replicates this most desirable of tube characteristics.

The Solo ULDE has a completely redesigned output stage and better noise performance than the earlier Solo UL, which means it will drive a much greater range of high performance over-ear dynamic headphones, and be hiss-free when used with in-ear monitors. 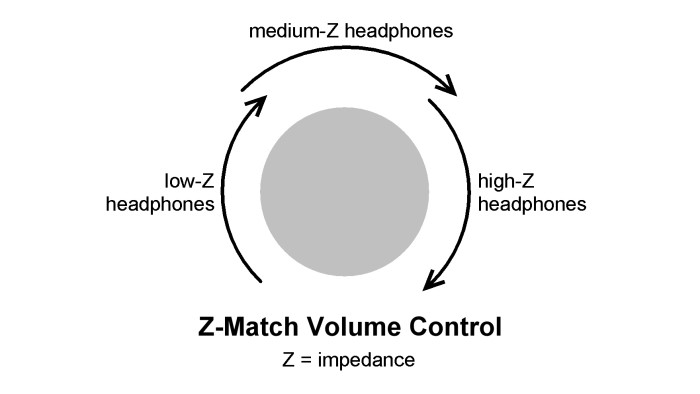 Unlike tube amplifiers it works with all common headphone impedances, and its Z-Match impedance ranging volume control takes the place of gain switches, allowing amplifier gain to be fixed so it results in optimum musical performance.

Generous phase and gain margins give it great high-frequency stability under all loading conditions. This coupled with its wide input latitude lets it effortlessly reproduce large musical transients with real clarity.

Excellent power supply filtering and ultra-stable voltage regulation make its power so clean that it depicts the minutest of detail, the nuances - the shades of expression, so your music really communicates with you.

It also results in superb stereo imaging with great separation between performers and instruments, dispensing a believable stereo sound stage.

The Solo ULDE reveals the emotional content of your music and will immerse you in your music without fatigue for hours on end. 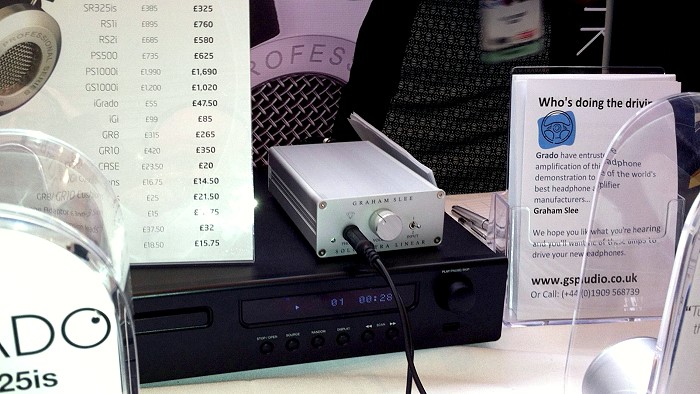 Chosen by Grado for public audition, the Solo Ultra-Linear DE has demonstrated its commanding control over many of the world's best dynamic headphones, bringing them to a performance few other headphone amplifiers are capable of at any price.

The good news is that there is far more than blunt horsepower on offer here.
The opening minutes of Silver Rider demonstrate that this is an exceptionally able headphone amplifier. Plant’s vocals are dripping with detail and realism, while the supporting instruments are worked effortlessly into the soundstage making them easy to discern but unquestionably part of the mix. Where the Ultra Linear DE also excels is in terms of the space and three dimensionality it can create from recordings. Its rendition of In Your Eyes is realistically the strongest in the group.
The placement of performers, their relationship to the crowd and the space that they are in is more effectively captured by this amp than it is by any other design here.
This is further aided by the sheer low-end heft and scale that it possesses. Bass is deep, well defined and integrated into the rest of the frequency response. All of these qualities stand the Graham Slee in good stead with its performance of Dance Of The Infidels. The excellent detail retrieval and spacious presentation combine to make a very believable rendition. It manages to capture each note and it decays in a manner that few other designs here can match.
Across all the headphones used and with a wide variety of music, it consistently delivers excellent results. Beauty in this instance is so much more than merely skin deep.
HiFi Choice November 2016

Spending hour after hour messing about with cables and headphones and IEM’s and amps and the variety of combinations you can make, the Solo Ultra just lifts everything it was hooked up to. Sure it couldn’t make a £30 IEM challenge a £200 one being played out of a meh source. It’s not a magic wand. It did however immediately offer a new layer, not only in quality and detail but it improved the acoustic layering. I feel almost a little spoiled in what it can do to things and then to go back to my old set up feels as though something has been stolen. That hint of life, of vibrancy, of dynamics, of nuance has just ever so slightly been taken away. Everything feels diminished and it makes me sad. The Solo Ultra Linear therefore stands quite easily head and shoulders above everything as the best amp I’ve ever encountered. It’s that simple. It is wonderful.
Mark2410 Head-Fi June 2015

The Ultra-Linear is the warmer, more natural sounding model, but the differences are less apparent on A/B switching than on extended listening. I found the more expensive Ultra-Linear allowed me to relax more into the music, and appreciate the texture of the instruments and voices. More significantly, the imaging felt more three dimensional and realistic. The frequency response seems pretty much the same, with a very wide extension at both ends, but the treble is sweeter and the bass end has more presence... the Ultra-Linear sounded more musical. I think the extra $200 is well spent on the Solo Ultra-Linear...the volume control is calibrated quite differently than on a conventional amp, where you would expect a setting in the 9 to 12 o'clock range, and large amounts of distortion if you go too far clockwise. Here the whole range is usable to adjust to headphones of very different sensitivities. There were times with very inefficient headphones and a low output source that I was in the three or even four o'clock position, with no noticeable stress to the sound.
Phil Gold August/September 2011

This [review] would have been impossible without the Graham Slee Solo Ultra Linear Amplifier. This amplifier is a work of art, which significantly outclasses what we would assume possible from the very modest asking price. I am absolutely stunned that a large corporation hasn't offered to give Graham an extraordinary amount of money for his amplifier configurations. With the Graham Slee Solo Ultra Linear amplifier in the chain, the dynamics and musicality were presented with such a rich tapestry that it was often difficult to believe that a valve based amplifier was not somehow in the chain.
KitGuru Zardon March 2011
What the Solo UL does is carefully walk the tightrope in between too much and too little treble. On the metal tracks listed such as Lateralus, I can happily crank up with the introduction of loud distorted guitars with no fatigue whatsoever, and a solid midrange gave the guitars authority. Very often I found myself waiting for the inevitable ear grating treble of a guitar, but the Solo keeps this under control and the result is very pleasing. With a good amp like this, it's not necessarily that it adds or improves on anything, it simply feels like it's been brought back to 'normal', to what it should have been from the start.
N.B. Just for anyone using an Audiolab M-DAC, the difference between that built in amp and this IS significant. Just thought I'd put that.
EDIT: after going back to some other equipment the Solo UL definitely adds significant kick to the low end.
Specification

The Graham Slee products that we sell are a bit special. They are all hand made to order in the UK and individually tested - there is no batch testing! You know you will be getting a very high quality piece of kit that will give you a feel-good factor every time you switch it on!!!
You will have to exercise a modicum of patience once you have placed your order! These products can take a couple of weeks to get to you - many are assembled from scratch once you place your order, by a real person on a real bench!! .. but it will be well worth it!!
If you have any questions about these products please don’t hesitate to ask us - if we can’t answer the nice chaps at Graham Slee will save us!!!
We sell the entire range here at Phonostage Records and are proud to do so - so enjoy your shopping experience and GO TREAT YOURSELF!!! You deserve it!

You can read more about these products at www.hifisystemcomponents.com where you can also subscribe to the excellent forum and discuss all matters relevant to Graham Slee products
More Info
Bought Together
Reviews
Write Your Own Review
Questions