Available for dispatch
A note about availability and shipping
£90.00
Be the first to review this product

We have a wide range of Chord Company cables available here at Phonostage Audio and we also have a great selection on Demo at our premises and indeed we love them! Super performance and extremly nicely put together... They are definitely recommended by us! 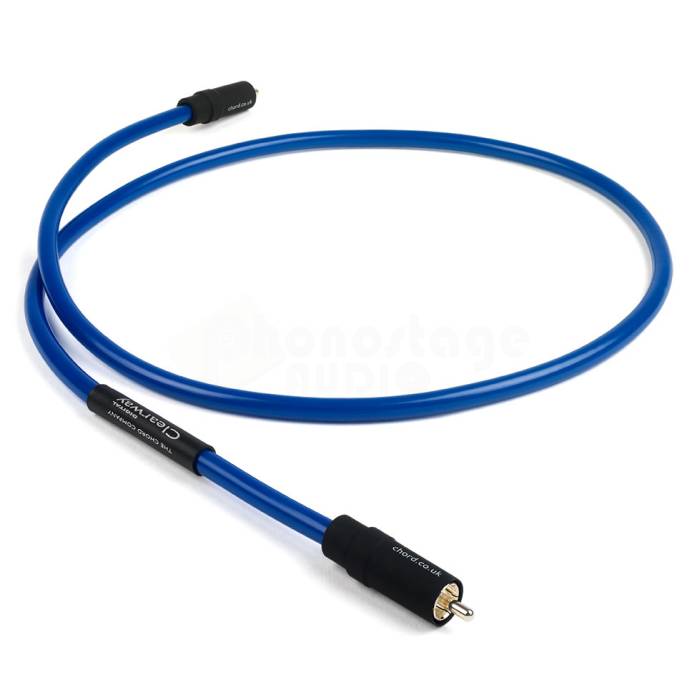 The very first Tuned ARAY cable produced by The Chord Company was the Chord Sarum Digital. When they heard what it could do they developed it for analogue and power cables too. Some say digital cables don’t make a difference? Well it’s true that a lot of digital cables are fundamentally 75 Ohm coaxial designs, but Tuned ARAY is different – it’s a unique conductor configuration.

Clearway digital uses the same Tuned Conductor geometry as the original Sarum Digital. That makes it a very special digital cable and one you probably need to listen to. It isn’t necessarily detail you’re listening for, it’s something far easier to hear: musical coherence – something that a lot of what used to be called “entry level” equipment is getting very good at producing.